HUNDREDS of thousands of people in one of Australia's largest cities are being ordered back into lockdown after it was rocked by a second wave of coronavirus.

Melbourne has re-imposed stay-at-home orders for those living in 36 suburbs after being stunned by 139 new cases of the deadly virus over the past two days. 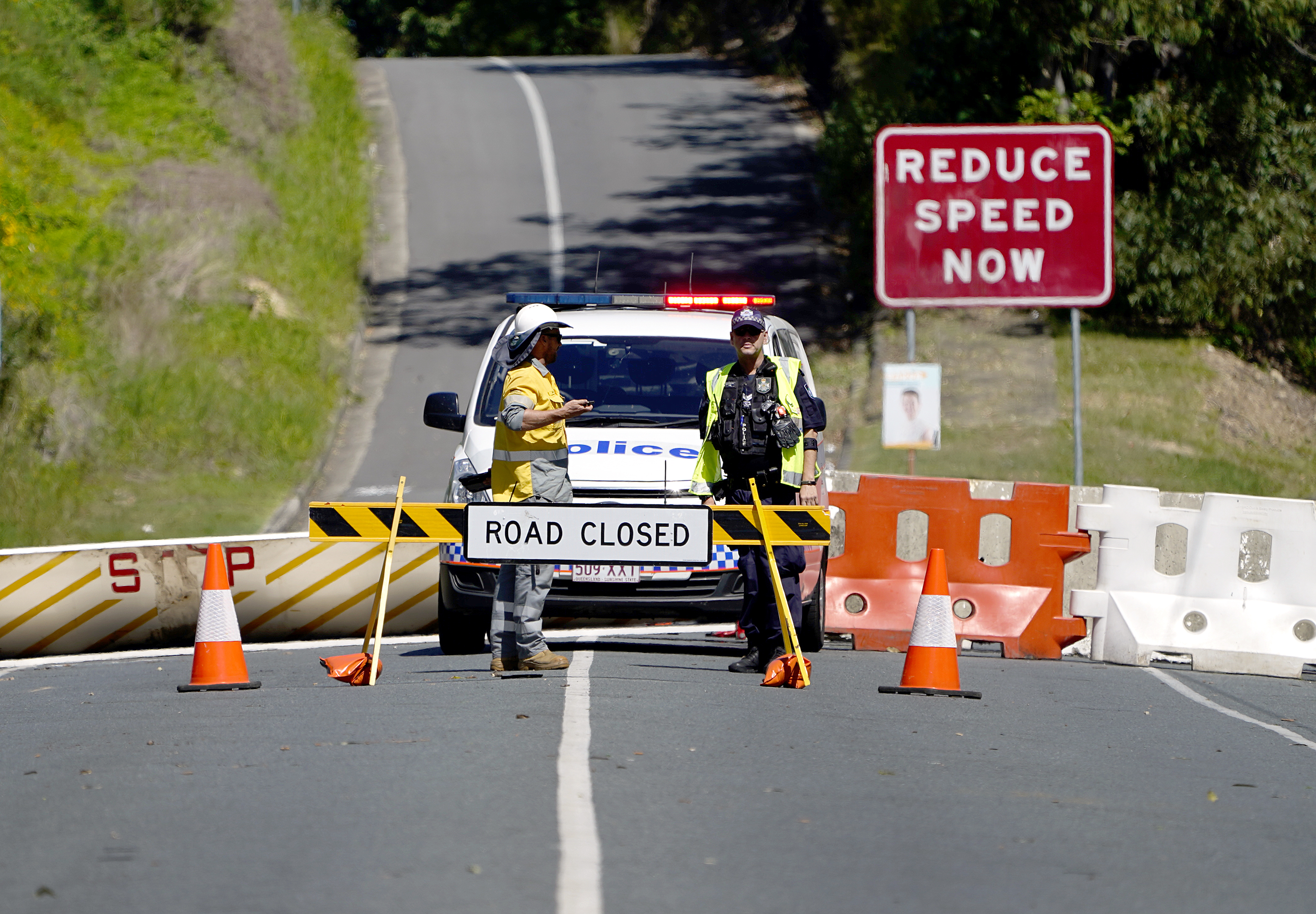 From midnight on Wednesday the first suburb-specific stay-home order will be imposed on around 320,000 people, state Premier Daniel Andrews revealed earlier today.

He spoke as UK Health Secretary Matt Hancock threatened to force locals to stay in Leicester if an extended lockdown fails to drive down coronavirus cases there.

Residents in Melbourne's suburbs must stay home unless travelling for work, school, healthcare, exercise or food for a period of four weeks.

Cafes and restaurants will have to revert to takeaway only – just weeks after they reopened to seated diners.

The state government also requested all flights be diverted to other states to prevent the risk of imported cases.

Cops will be enforcing the orders with random vehicle checks and roadblocks similar to random breath tests and will dish out hefty on-the-spot fines.

Officials will also be knocking on doors and offering people on-the-spot swab tests.

"If we don't take these steps now we will finish up in a situation (where rather) than locking down 10 postcodes, we will be locking down every postcode," said Andrews, referring to postal codes which cover the 36 suburbs. 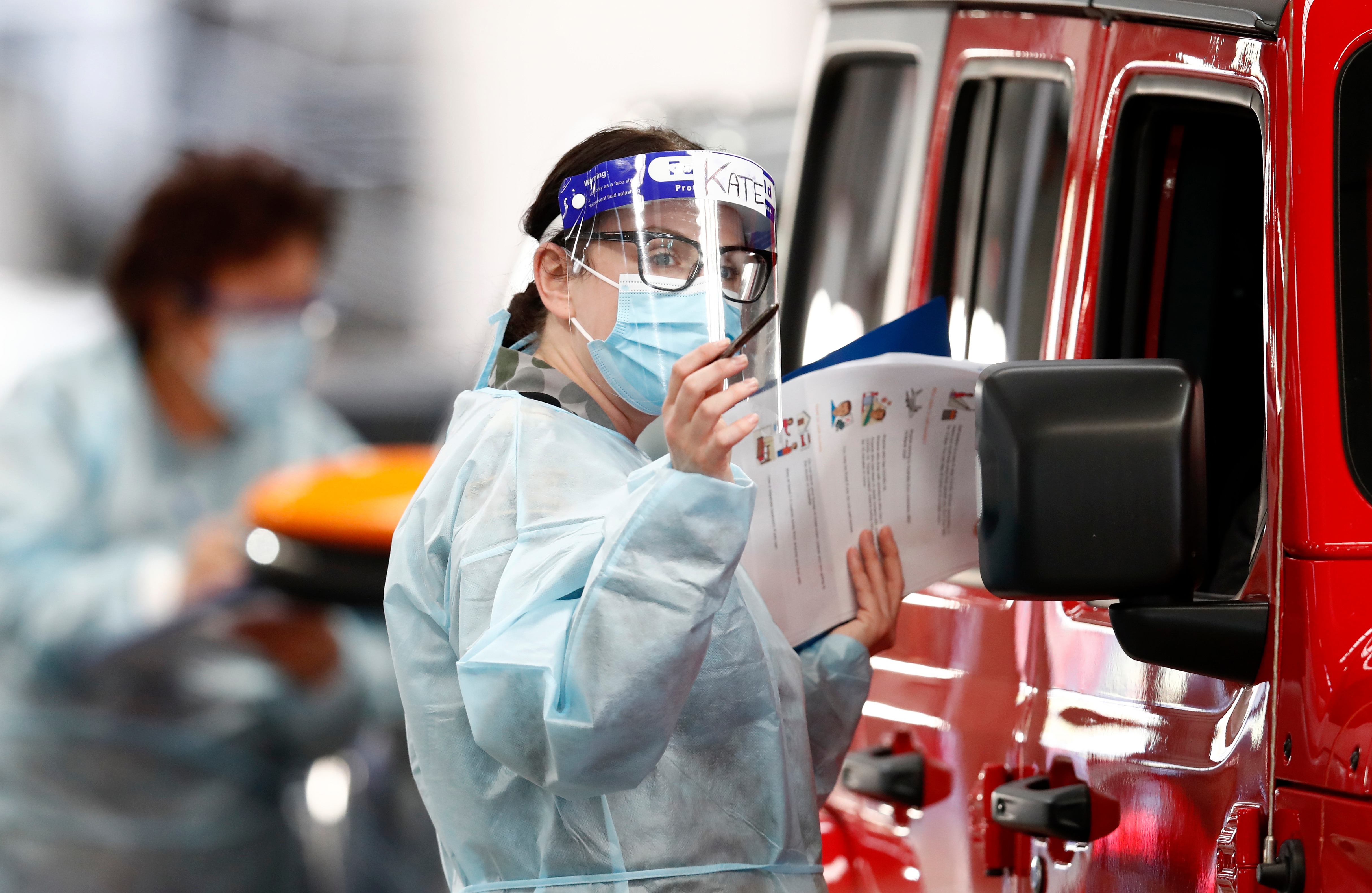 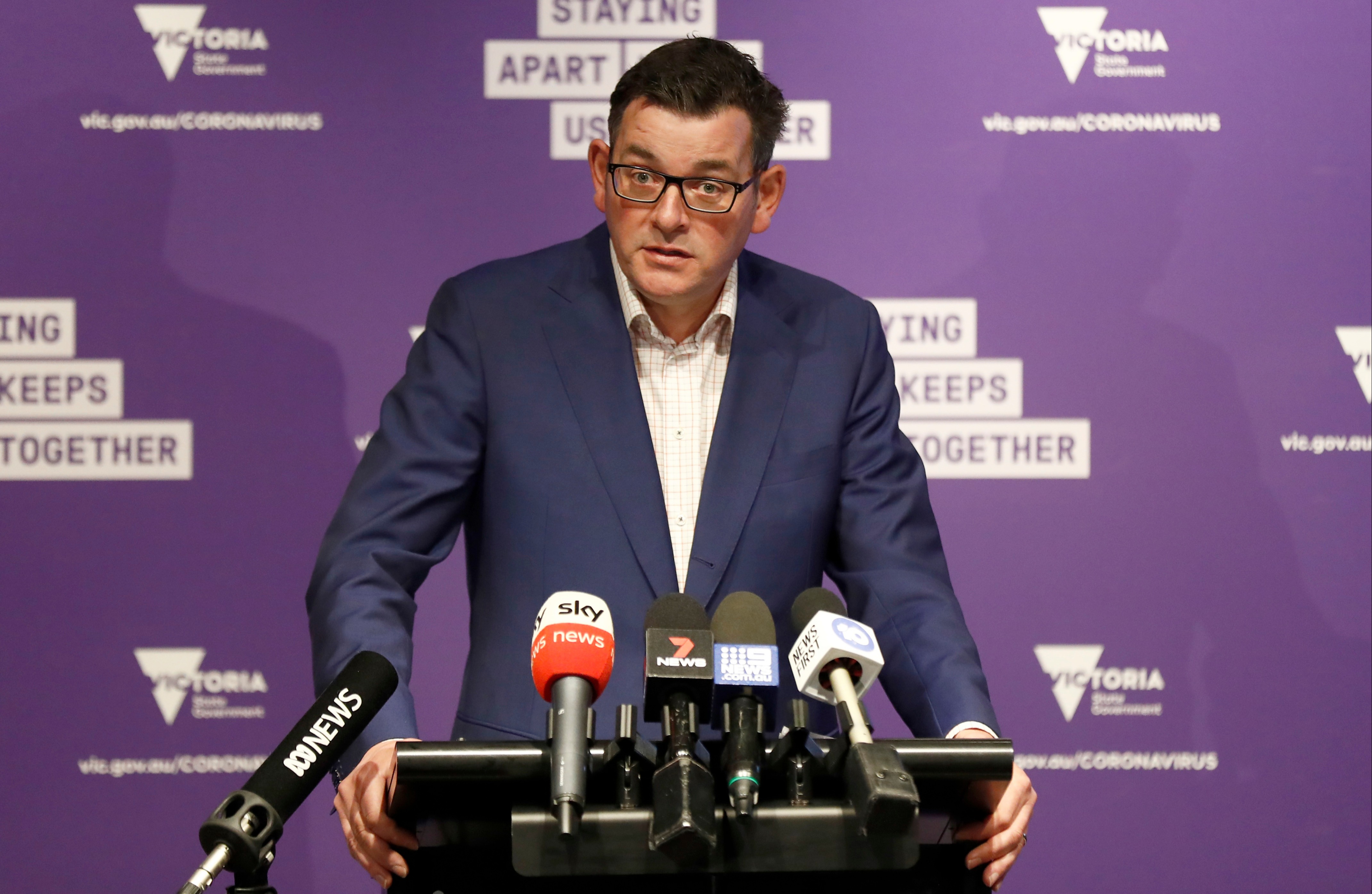 "People are desperate for this to be over, no one more than me, but it isn't and pretending won't get us to the other side."

Those living in the ten postcodes will not be allowed to go on holiday and the government will announce a support package for affected tourism businesses tomorrow.

The return to lockdown is a devastating setback for the home state of nearly a quarter of Australia's 25 million people.

Worryingly it has been widely seen to have taken one of the toughest enforcement approaches when the country first went into lockdown in March.

But while most other Australian states have reported zero or low single-digit daily increases in COVID-19 infections for weeks, Victoria has experienced double-digit increases for each of the previous 14 days, taking the national total to its highest number of new cases since April.

In the 24 hours to Tuesday, Victoria reported 64 new cases, down from the previous day's 75 new cases.

By comparison, the most populous state, neighbouring New South Wales, and the third-most populous, Queensland, both reported no new cases. 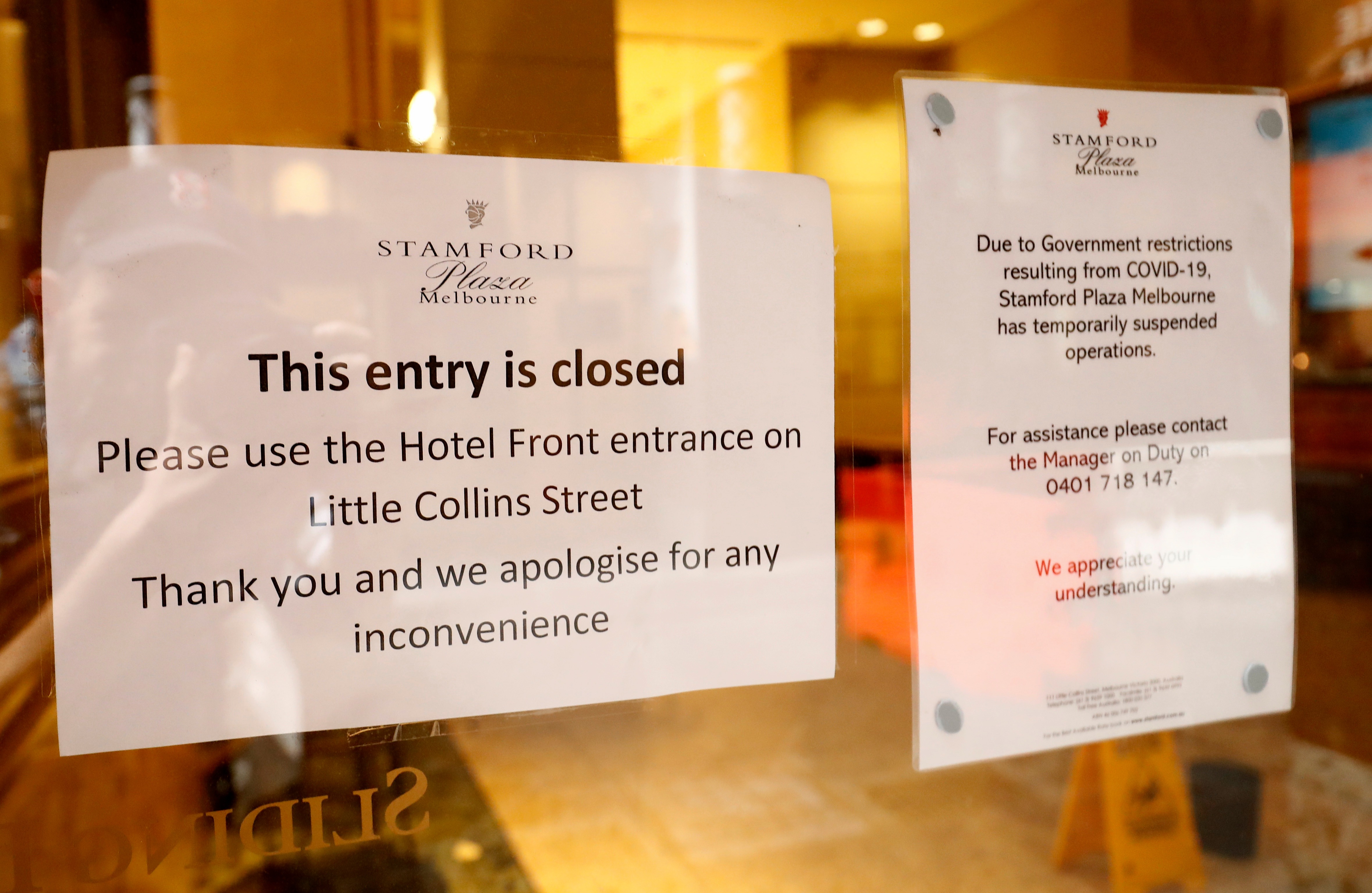 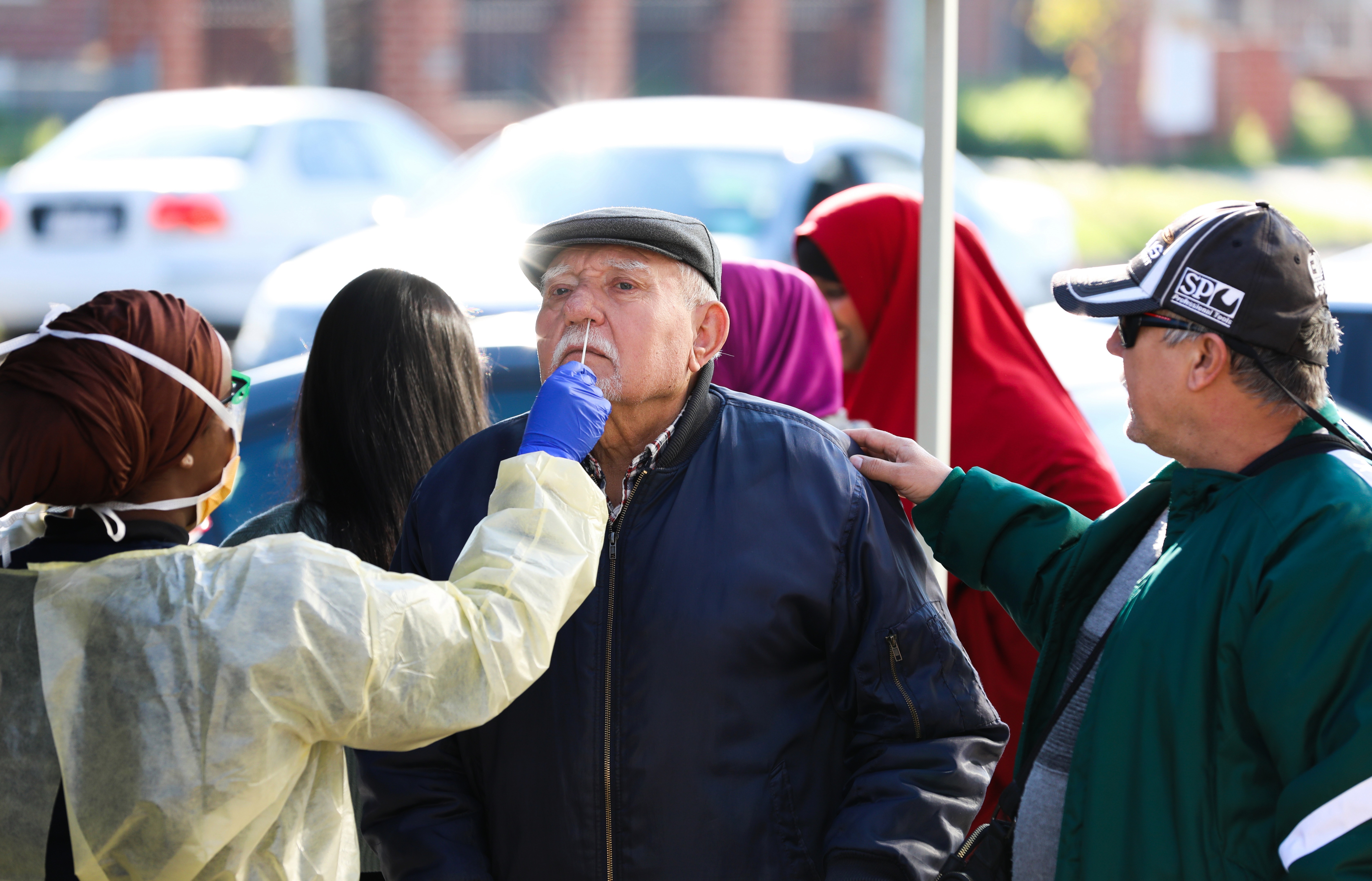 The vast country has had 104 deaths from about 7,800 infections – tiny figures compared to those seen in the UK.

"We've been through this before and we now have to go through it again," Lambros Tapinos, the mayor of several affected postcodes told Reuters by telephone.

"It will be a devastating impact on people and particularly local businesses, but we have to do it," he added.

The reversal is at odds with moves taken by neighbouring South Australia and the northern state of Queensland which both unveiled plans to reopen internal borders to the rest of the country except Victoria, citing its infection numbers.

"We have worked so hard to get ourselves into a very enviable position and we are not prepared to go backwards," South Australia state premier Steven Marshall told reporters.

Queensland said it would reopen its border to the rest of the country from July 10 while keeping out arrivals from Victoria. 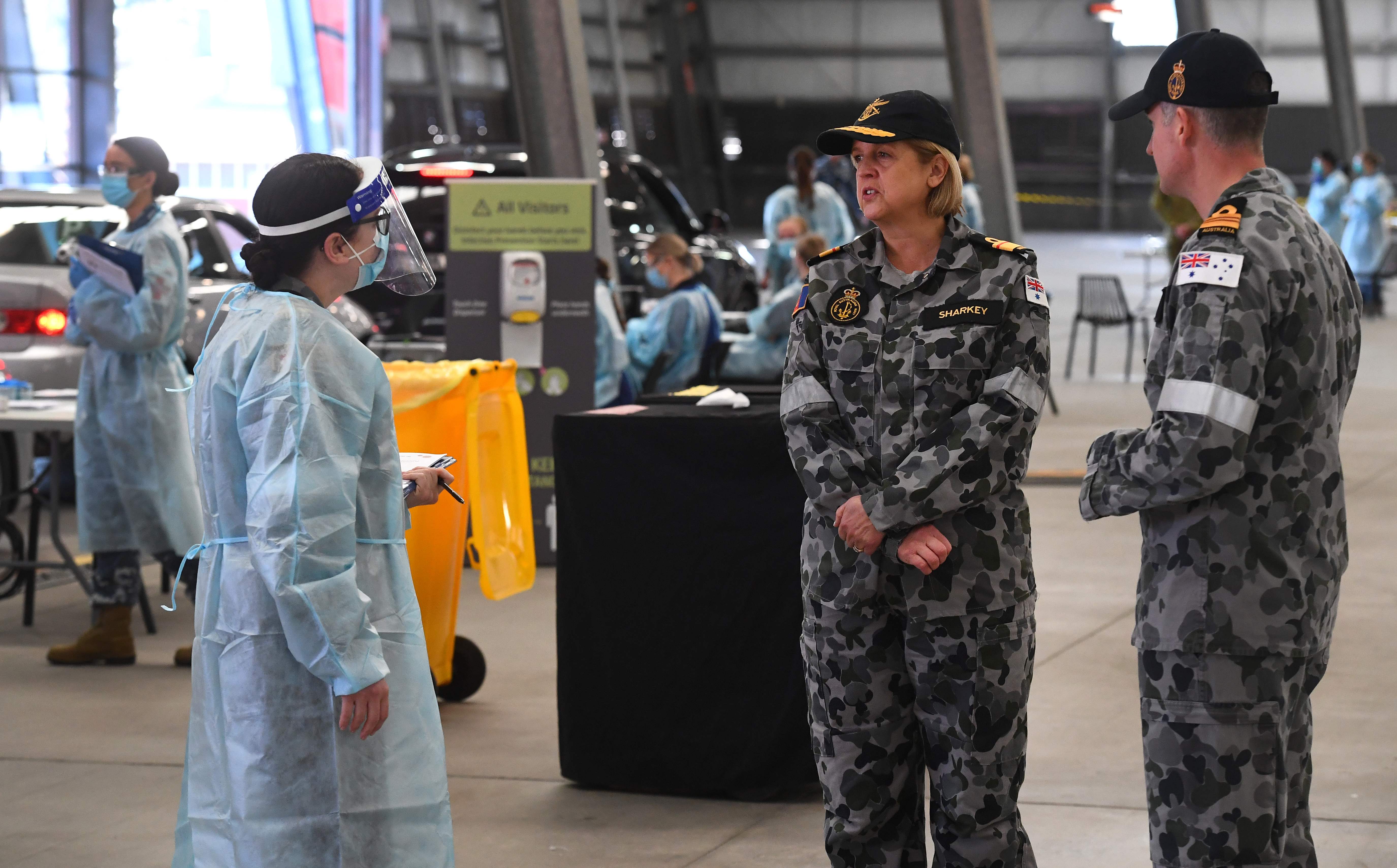 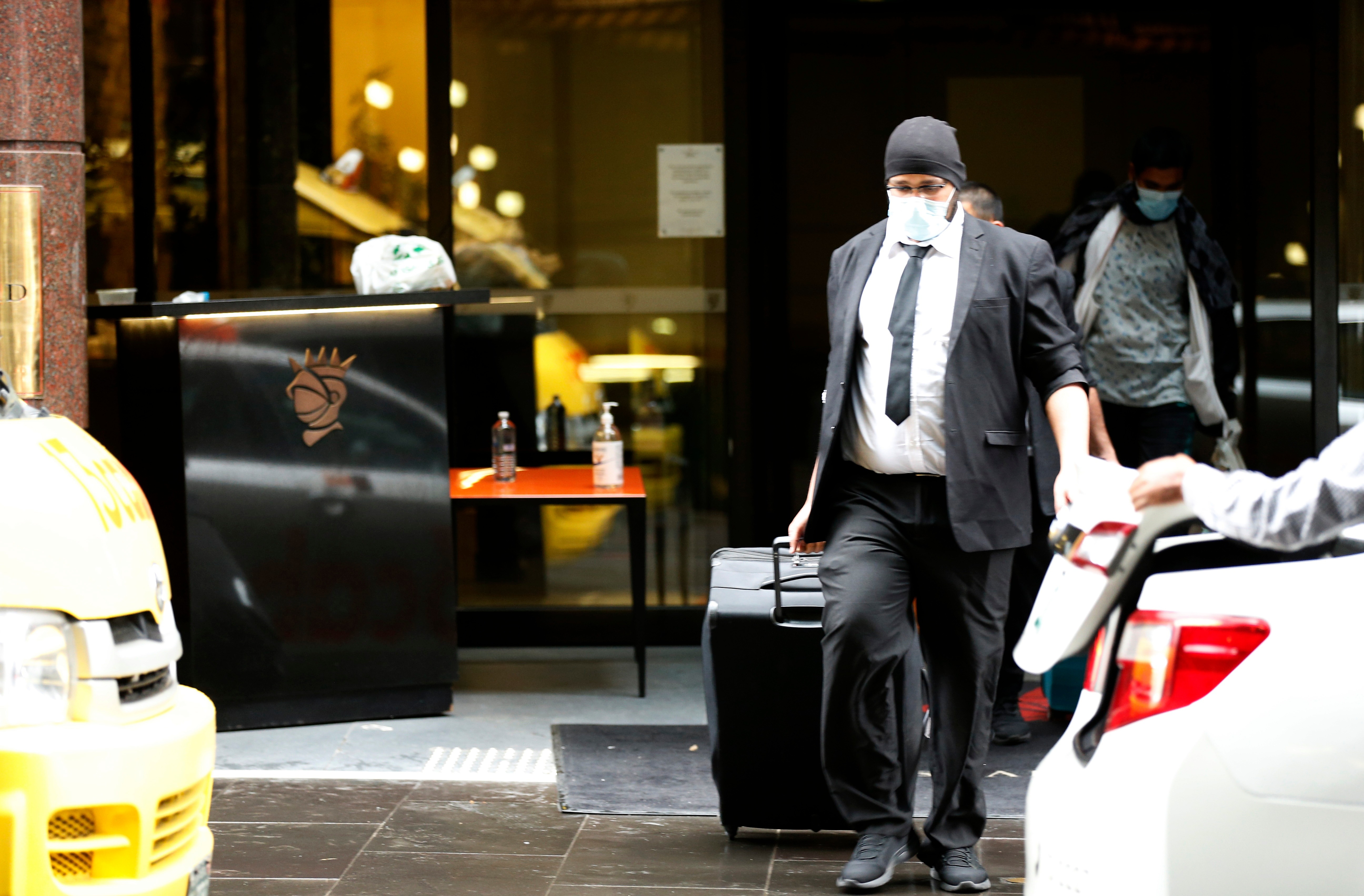 Queensland does not share a border with Victoria but would make people entering from other states sign a declaration that they had not been to Victoria for 14 days with the threat of a A$4,000 ($2,738) fine if they were caught lying.

NSW, which borders Victoria, said it would continue to keep its border open as it focused on supporting its economy amid the pandemic.

On Monday night Prime Minister Scott Morrison spoke to Premier Daniel Andrews and urged him to shut down 'hotspot' suburbs before the outbreak gets worse.

The state's Chief Health Officer Brett Sutton said the government was considering 'anything required' to stop the spread.

In April Tasmania successfully locked down 5,000 residents in its northwest to halt an outbreak, providing a blueprint for local shut downs.

Earlier we reported how the World Health Organisation warned that the worst of the coronavirus is "still to come" as global deaths passed the 500,000 mark.

The organisation's chief Tedros Adhanom Ghebreyesus told reporters the pandemic was "speeding up" across the world – despite the significant progress made in containing the deadly bug.

The stark warning comes as the pandemic ravages parts of the world that are still at the peak of the first wave of infections.

Latin America has emerged as a new hotspot, with Brazil recording over 58,000 deaths and a million cases and the infection rate showing no sign of slowing down.

The country reported its second-highest weekly death toll with 7,005 fatalities last week – with pressure mounting on President Jair Bolsonaro over his handling of the crisis.

Chile, meanwhile, has been recording over 4,000 new infections each day for the past two weeks and Peru now has the world's sixth-highest number of infections.

Related posts:
30/06/2020 World News Comments Off on Coronavirus second wave in Australia forces roadblocks and ‘stay at home’ orders in glimpse of what awaits Britain
Lifestyle News:
Sick Nazi song goes viral on TikTok with more than 6.5 million views
Carol McGiffin admits she 'avoids' wearing 'uncomfortable' face mask
Full details of Eat Out to Help Out 'voucher' scheme revealed, including 13 rules you have to follow
How to live longer: The herbal supplement that could help boost your life expectancy
Recent Posts
This website uses cookies to improve your user experience and to provide you with advertisements that are relevant to your interests. By continuing to browse the site you are agreeing to our use of cookies.Ok