Father, 43, breaks down in tears as he tells of moment son, seven, asked ‘who’s next daddy, is it you or me?’ after his mother, 49, and grandmother, 84, died from coronavirus

A seven-year-old schoolboy who just lost his grandmother and mother to Covid-19 asked his father ‘who’s next Daddy, is it you or me?’

Chris Cadby from Cardiff, lost his mother-in-law, Joan, and wife, Julianne, to the killer virus over the course of four days in April.

After telling his son Evan, 7, that his mother had joined his grandmother, the youngster asked who was next. 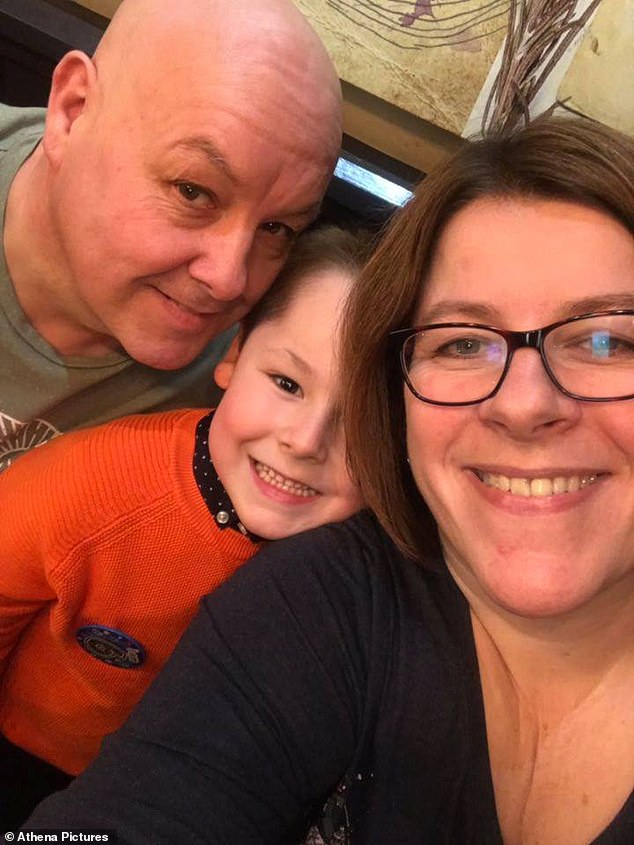 Chris Cadby, left, pictured with wife Julianne, right , and their son Evan, spoke of the tragic impact Covid-19 has had on his family. Mr Cadby lost his mother-in-law and wife over the course of four days 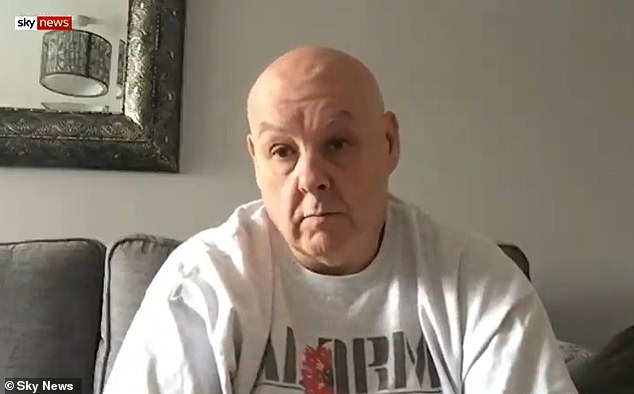 Speaking to Sky News, Mr Cadby broke down as he revealed the moment his son asked ‘who was next’ after the youngster lost his mother and grandmother in just four days

Mr Cadby, who gave his wife CPR in an attempt to resuscitate her, was later struck down by Covid-19 and spent a week in hospital.

Speaking to Sky News, Mr Cadby broke down as he spoke about the moment he told his son that his mother had died.

Mr Cadby’s mother-in-law Joan, 84, who lived with the family, died at home on April 11. She had earlier been discharged from hospital having had an operation and spending time on a Covid-19 ward.

His wife, Julianne, who was a business manager for Cardiff and Vale University Health Board’s specialist child and mental health services, went on to develop coronavirus symptoms and was self-isolating in her bedroom.

He said he had to tell his wife that her mother had died and was unable to go over and hug her because of her symptoms.

Four days later, when checking on his wife, she said she would like a bath. Mr Cadby said he went to draw the water and when he returned to the room, his wife asked him to call for an ambulance.

He said: ‘I was talking to her and she turned round and she said to me, “I think I need to go in”. As soon as she said that I grabbed my phone and dialled 999. By the time I pressed enter and turned around to her, she was slumped back on the bed and she was gone. I knew she was gone.’

Mr Cadby said he then had to break the news to their son who asked which of them was going to be next.

Mr Cadby urged people to stick to the lockdown rules to save more families from the heartbreak he and his son have suffered. 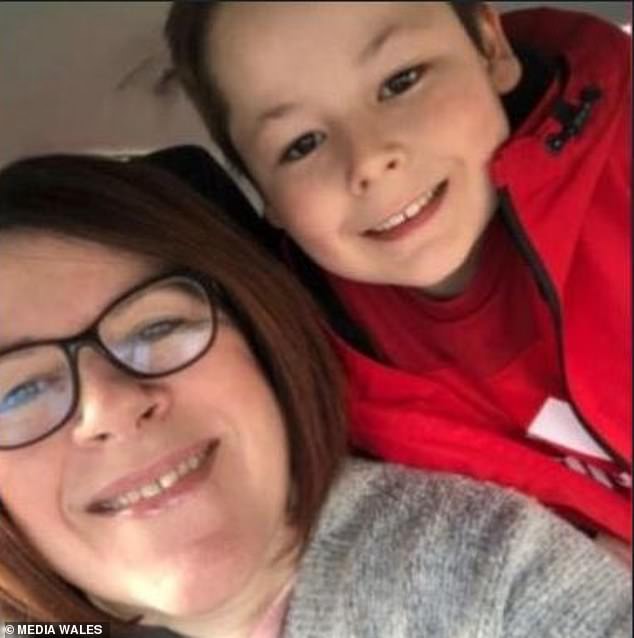 Mrs Cadby, pictured with her son Evan, died four days after her mother at home in Cardiff 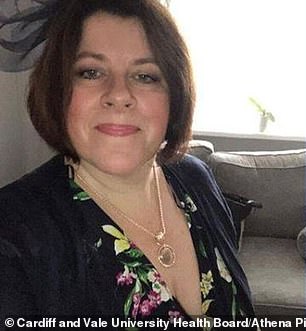 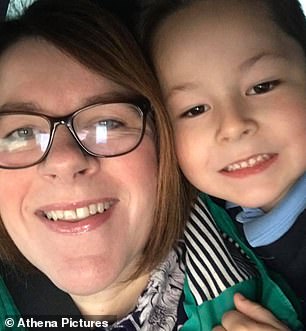 Fundraiser Natalie Lloyd-Hughes has set up a JustGiving page to help the family.

‘We heard the absolutely awful news that Julianne had passed away from Covid-19,’ she wrote.

‘Myself and all of Julianne’s friends from school would like to help this family as much as we can, and ask you to please dig as deep as your pockets will allow for this lovely family who have endured the worst possible loss.

‘To Julianne and Chris’s families and friends, we send our deepest condolences and pray for you at this sad time. Julianne and Joan – fly high ladies and rest peacefully in the knowledge your boys will be taken care of.’

Julianne Cadby had worked in the specialist service for more than 16 years, but had been with the health board for 30 years, first starting as a medical secretary across a range of departments.

A statement from the health board said: ‘It is with profound sadness that we must inform you that Julianne Cadby has passed away after testing positive for Covid-19.

‘Julianne was a much-loved member of our team, she was extremely warm and caring and would always make time to help and support her colleagues.

‘Her dedication shone through, playing a central role in all that we do in the service and her focus was always on ensuring we are delivering the best service we can for children and young people.’

Related posts:
01/05/2020 World News Comments Off on Boy, 7, asks his father 'who's next' after mother and grandmother die
Lifestyle News:
Chelsea vs Watford LIVE: Stream, TV channel, kick-off time and team news for huge Premier League clash TONIGHT – The Sun
Pregnant Sophie Turner Shows Off Baby Bump in White Dress as She Steps Out with Husband Joe Jonas
Stella creates floor murals with artist to help social distancing in pubs
7.30am Chelsea news LIVE: Rice targeted as Zouma replacement, Digne transfer UPDATE, Havertz LATEST, Kepa to Sevilla – The Sun
Recent Posts
This website uses cookies to improve your user experience and to provide you with advertisements that are relevant to your interests. By continuing to browse the site you are agreeing to our use of cookies.Ok