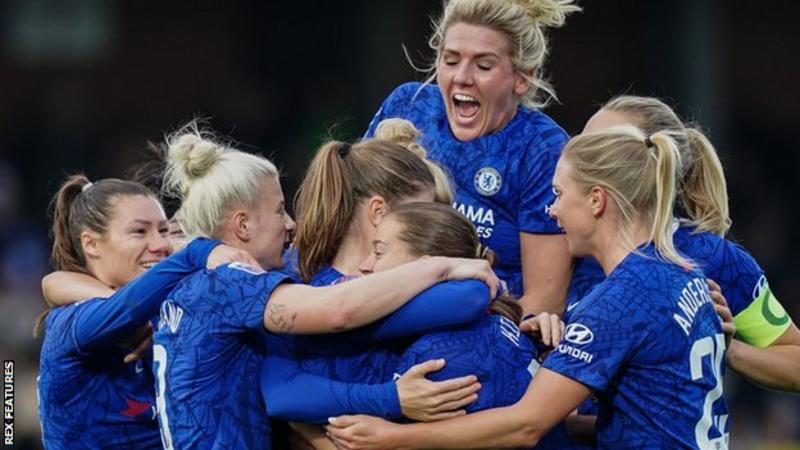 That investment would help cover coronavirus testing costs at the top end of the game.

Masters also told the Department of Culture, Media and Sport select committee he would like the Premier League to take over the running of the Women’s Super League.

But he said “now isn’t the right time”.

The 2019-20 Women’s Super League and Championship seasons, halted in March, were ended formally on 25 May because of the coronavirus pandemic, with Chelsea declared WSL champions on a points-per-game basis.

Kelly Simmons, the Football Association’s director of the women’s professional game, has since indicated there is a target to start the new season in September, although no dates have yet been announced.

For health and safety reasons, testing players for coronavirus is key to getting the WSL and Championship up and running again. No extra funding for coronavirus testing was available to allow those competitions to extend and complete the 2019-20 campaign.

Masters said: “What we’ve been able to do about the women’s game is to help them to the tune of around £1m to help get their testing programme up and running.

“We’ve recently made that funding gesture to them and I believe on that basis they are able to start their 2021 season.”

The Football Association runs the women’s game in England but Masters said there have been discussions about the Premier League taking over.

He said: “Over the past year, we’ve had lots of dialogue with the FA and our own clubs about the Premier League, at some point in the future, assuming responsibility for the professional game.

“We decided collectively, that’s the FA and the Premier League and the WSL and Women’s Championship boards, that now isn’t the right time but we will return to that topic at some point in the near future.”

The FA announced on Monday it was making extensive cuts to cover losses of about £300m caused by the pandemic.

“We want the women’s game to be successful, which is why we are helping them and why we’ve engaged in those discussions with the FA about resuming responsibility for it,” Masters added.

“From a personal perspective, it is something I would like to do in the future for this organisation – being not just responsible for top of the pyramid in terms of the men’s game but also the women’s game.

“Those two things would work hand in hand very well, and would inspire a generation of young female footballers to get involved in the game.”

Related posts:
30/06/2020 Lifestyle Comments Off on Premier League offers women’s football £1m to help start 2020-21 season
Lifestyle News:
Sick Nazi song goes viral on TikTok with more than 6.5 million views
Carol McGiffin admits she 'avoids' wearing 'uncomfortable' face mask
Full details of Eat Out to Help Out 'voucher' scheme revealed, including 13 rules you have to follow
How to live longer: The herbal supplement that could help boost your life expectancy
Recent Posts
This website uses cookies to improve your user experience and to provide you with advertisements that are relevant to your interests. By continuing to browse the site you are agreeing to our use of cookies.Ok