Good Morning Britain star Susanna Reid, 49, is currently away from the show in self-isolation after her son started experiencing coronavirus symptoms. In her absence, Lorraine Kelly, 60, has stepped in to present alongside Piers Morgan, 55.

Today, the ITV star was noticeably seen wearing the same dress Susanna wore on the show earlier this month. Did you notice?

Sitting alongside Piers this morning, Lorraine stood out in the pink, blue and orange leopard-print dress, which clung to her physique.

The ITV star chose to wear the dress in a slightly different way to Susanna as she remained a little more covered up, with more buttons sealed and her collar folded over.

Earlier this month, the mother-of-three gave fans a glimpse of her cleavage in the dress ahead of the show on Instagram. 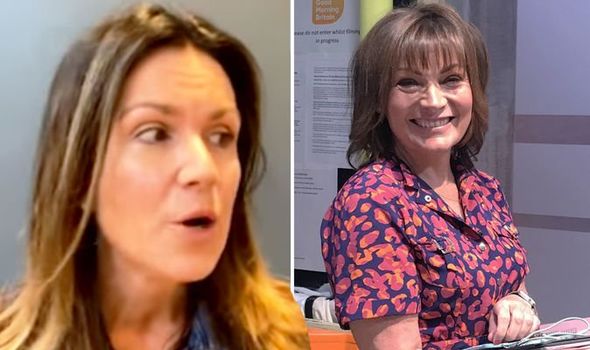 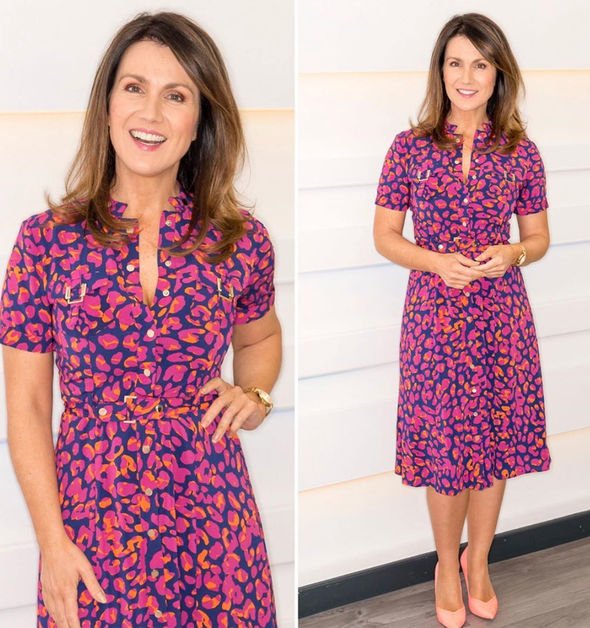 The host received many compliments from her fans after sharing the snap.

One user commented: “You look full of joys spring.”

A second wrote: “So beautiful susanna as always,” while a third penned: “Love you dress.” 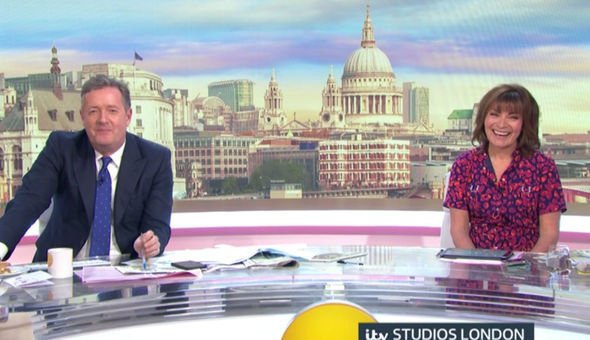 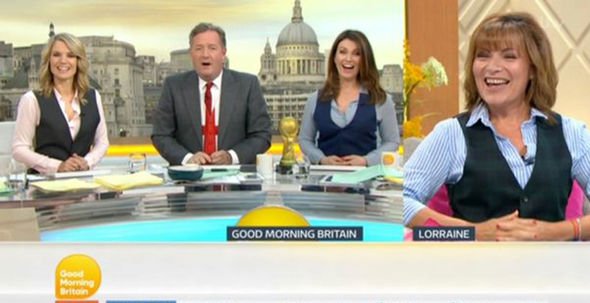 It’s not the first time the pair have worn the same outfits during their live shows.

Back in 2018, the duo were left cringing when they discovered they were wearing similar clothes.

As Susanna and Piers switched over to a live link to Lorraine’s studio, the former noticed their clothing similarities.

“Oh! We’re dressed the same, Lorraine,” she exclaimed, as the duo laughed.

Lorraine replied: “It looks like we’re working in a restaurant,” which prompted Susanna to call them “twins”.

Elsewhere, Piers’ sidekick will return to the ITV show tomorrow.

Susanna has been away from the show for 14 days after her son developed a persistent cough, a symptom of the coronavirus.

The Government has advised those who have a persistent cough and a high temperature to stay at home, in a bid to stop the spread of the disease.

Those who live with somebody with symptoms have also been advised to stay at home in case they have contracted the disease.

The presenter lives at her London home with her three sons, who she shares with her ex-partner Dominic Cotton.

Good Morning Britain continues tomorrow at 6.30am on ITV.