A MOTHER has revealed the genius hack she uses to encourage her three-year-old toddler to perfectly fold his T-shirts.

Diana Gonzalez, 35, from Nomitek in Mexico City, has been stuck in Manchester with her little boy for six weeks after their flights to go back home in April were cancelled due to the coronavirus crisis. 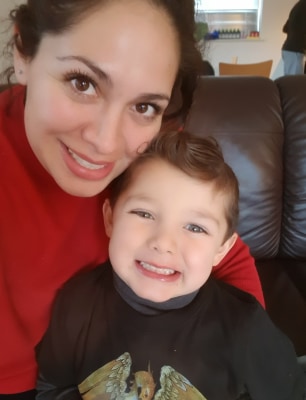 George Corbishley Gonzalez, who is one month away from turning four, started to take an interest in what his mum was doing to keep the AirBnB tidy.

Diana said George had been loading the dishwasher, putting clothes in the washing machine and was trying to make his own bed.

She also tried to teach him how to fold clothes after taking them out of the dryer but he was frustrated when he struggled and it took him too long.

The mother then remembered watching Sheldon on The Big Bang Theory sitcom using a “flip fold” to fold his T-shirts – so she made one for George using cardboard boxes and tape. 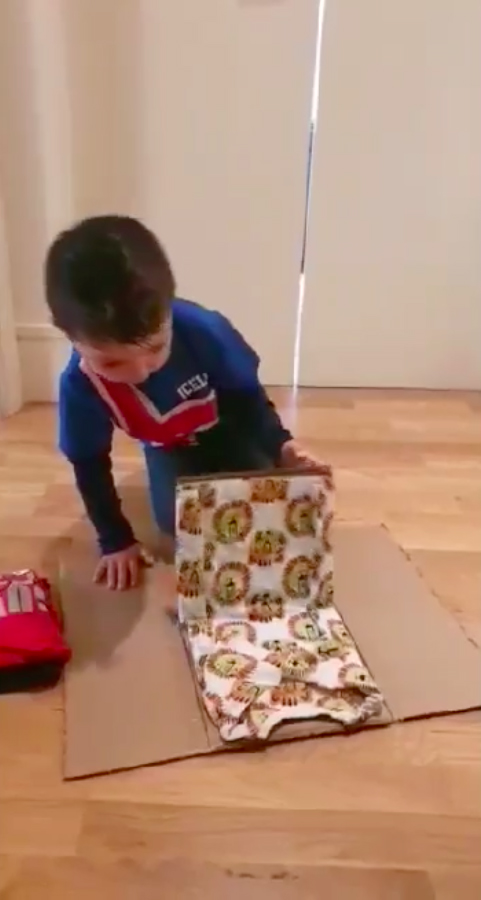 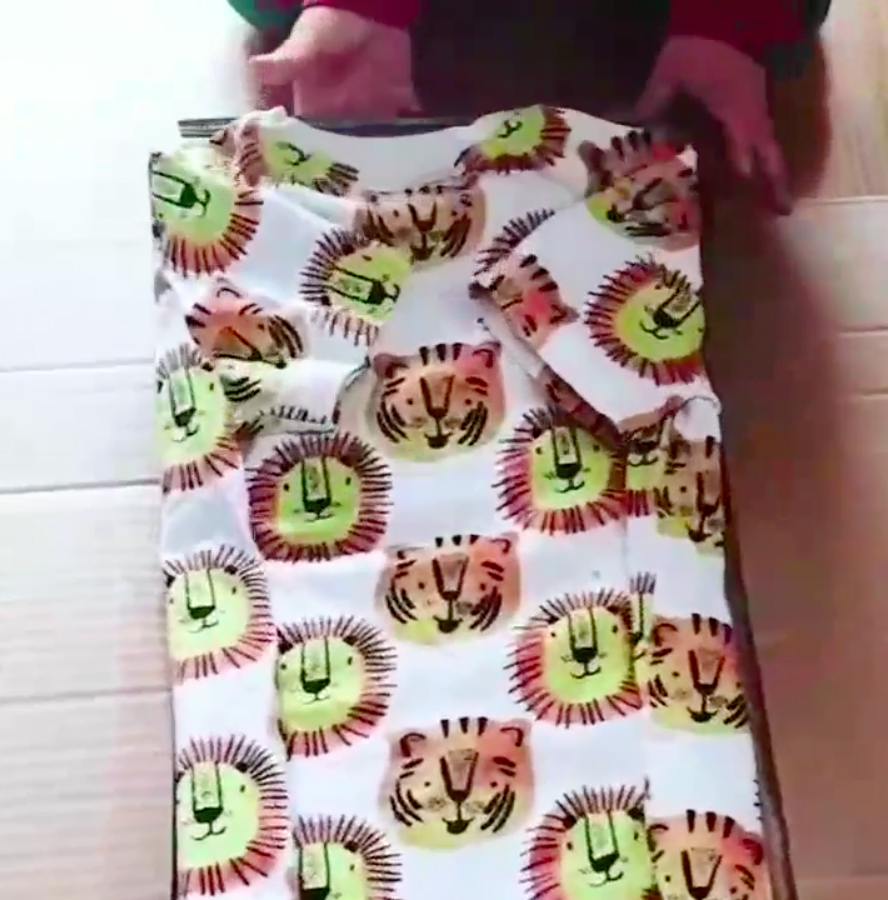 She said: “I had a few cardboard boxes leftover from the ones I”d been collecting for crafts and activities with George during the lockdown, so I just used them and taped them up.

“I showed him how to do it once and then he couldn't wait to try it. He tried the first time and it was successful so he kept going.

“It worked perfectly, as now he just needs to place his T-shirt on it and fold the sides and then the middle, and that's it!

The mother, who works as a human resources director in Mexico, said she was surprised to see a trick she watched on TV actually work in real life. 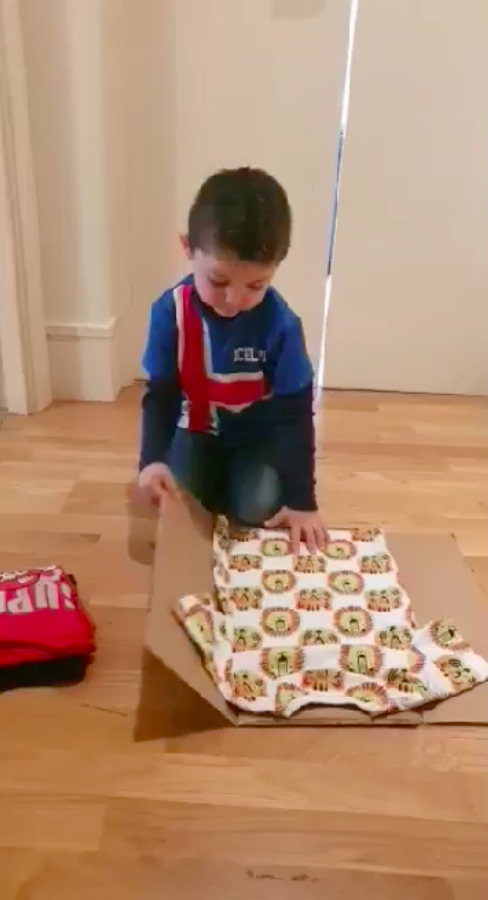 She also admitted it has encouraged a new side of George – where he now loves to get involved with cleaning and finds helping his mum a fun new activity.

She said: “I was so glad that this silly idea I saw on a TV sitcom actually worked, and I am very happy that my son loved what I did for him with an old box and some tape.

“He was so impressed and proud that he can fold clothes and be helpful. He was thrilled that it was so easy after all. 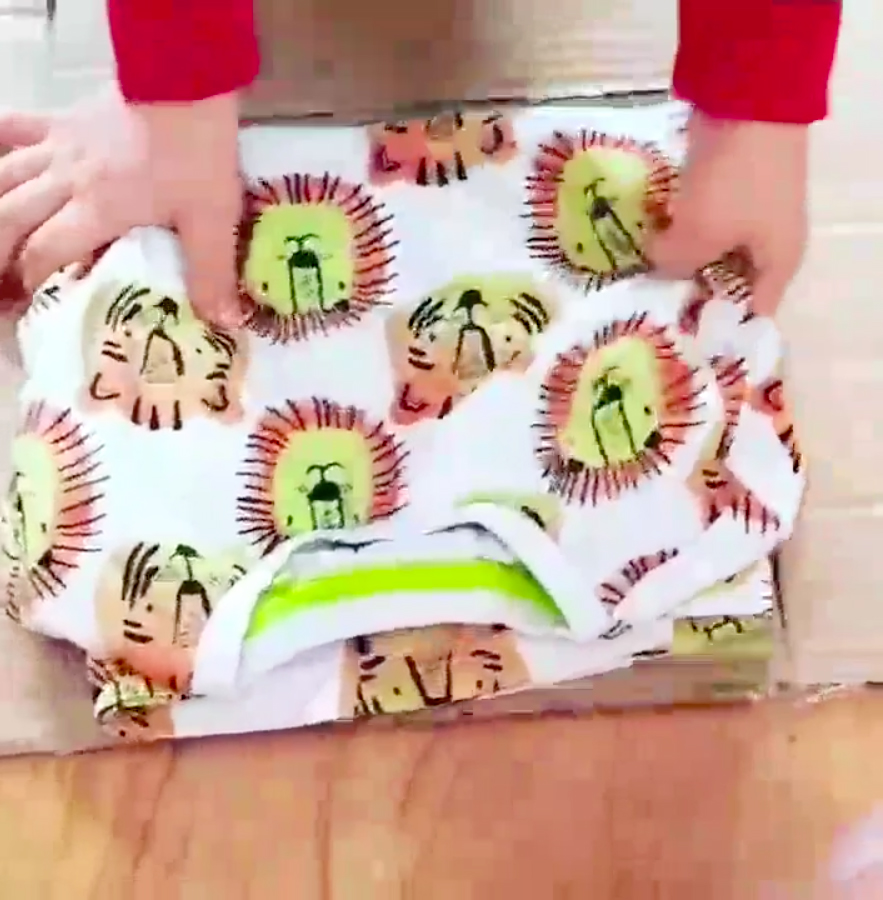 Diana said George has continued to be extra helpful in keeping the flat clean and is now happy to tidy up his toys, dirty clothes and be of assistance with the cooking.

She added: “He even helps with cleaning the loo too – supervised of course!”

The parent admitted that she thinks it”s the extra time George has been spending watching his mum during the lockdown that has made him take an interest in cleaning.

She said: “Usually he is at nursery when I clean and wash everything, but during the lockdown he sees me and wants to help with the house chores.

“He has always been helpful with a few things that are easy for him to do but now this is great!” 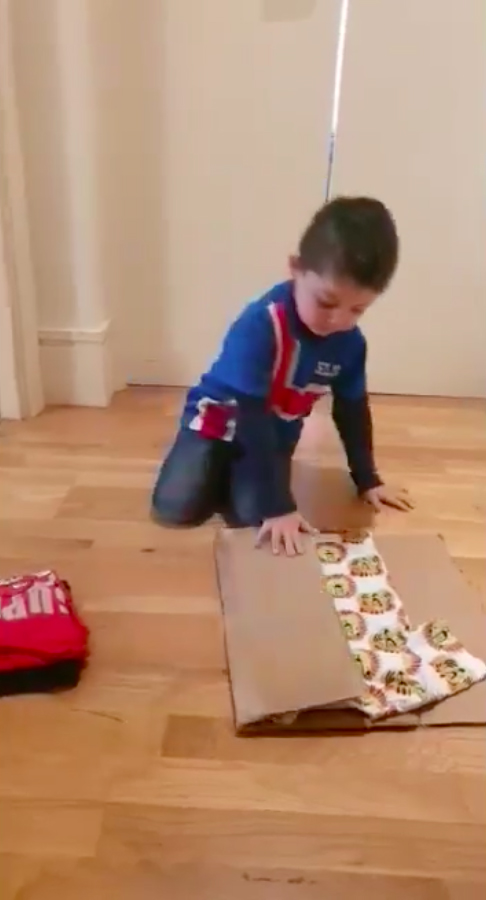 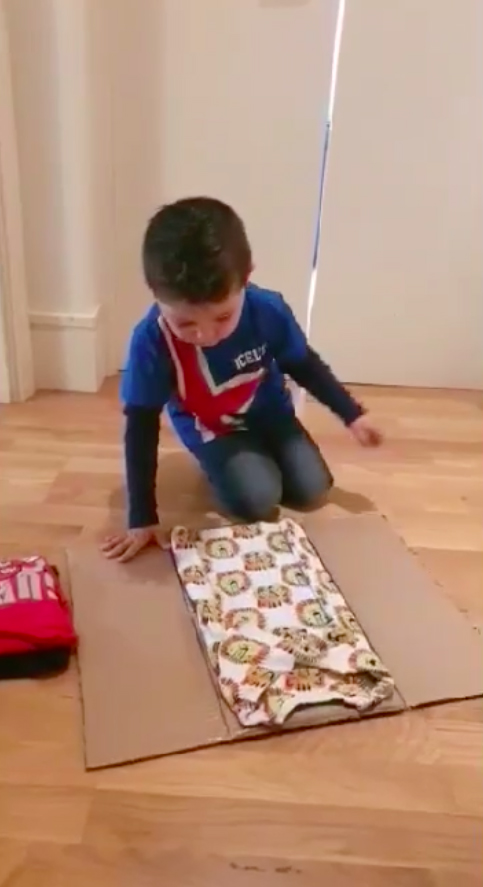 The mother shared her genius hack which taught George how to fold his clothes on Facebook and was shocked by the response.

The post has now received over 1,000 likes and hundreds of comments from strangers praising Diana”s clever trick.

She said: “I posted it online and a lot of people found it very useful, some of them were impressed that my nearly 4 years old boy helps more than teenagers!

“It was fun seeing all the comments and I”m glad some parents find it helpful. I just thought it was a simple idea.”

The family flew to Manchester at the beginning of March to visit Diana”s husband”s family but have been stuck in the UK since their flights home were cancelled due to Covid-19. 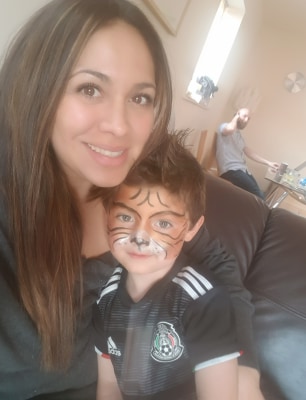 George”s father is British and Diana is Mexican so the family were on a four-week holiday to explore George”s British-Mexican roots.

However after their two attempts to get back home to Mexico in April and May were cancelled – the family have been on lockdown in an AirBnB in Manchester.

Diana said she has been looking for things to keep her son busy and not watching TV all the time.

She said: “I have been reusing and recycling a lot of things to have activities everyday. 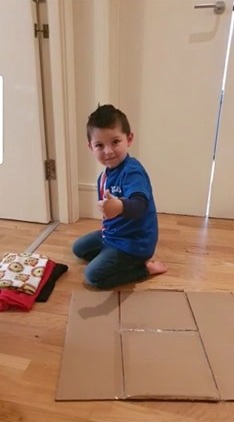 “My friends back home have been seeing everything I have been doing with George and encouraged me to create social media pages online so I could share some of our activities.

“We”ve had a great response and have been having a great time!

“We have used everyday items to make fun toys including Buzz Lightyear wings, a solar oven to encourage learning about planets and practising cutting with a knife and fork using kinetic sand.”

For more parenting hacks, this mum swears a homemade pillow spray is the only thing which gets her kids to sleep – and it costs just 50p to make.

And this mum revealed her clever hack she uses to ensure kids don’t lose parts of board games during lockdown.

Plus a mum shares quick and easy hack for folding babygrows & parents can’t believe they never thought of it.

Related posts:
20/05/2020 Beauty and Fashion Comments Off on Mum shares her genius hack to get her toddler to fold his own clothes and all you need is a cardboard box
Lifestyle News:
Please enjoy watching this beautiful fluffy cat getting a massage
Mum gets floors sparkling with homemade cleaner that cost just a few pounds
People reveal VERY awkward wrong number text exchanges .
ESPN’s Jay Williams slams NBA players for ‘tone-deaf’ bubble complaints
Recent Posts
This website uses cookies to improve your user experience and to provide you with advertisements that are relevant to your interests. By continuing to browse the site you are agreeing to our use of cookies.Ok