A SINGLE MUM has saved £200 on laminating her bedroom floor after her 13-year-old son insisted he knew exactly how to do it – an ddid it himself during lockdown.

Stay-at-home mum Samantha Corbin, 33, had complained about the state of her bedroom after she was forced to tear up the carpet when family cat, Sparkles, was sick on it last month – knowing it would be near-impossible to find a tradesman to do the job in lockdown.

But the mum-of-two, from Pennar, Pembrokeshire, decided to take a chance when son Toby,then 12, insisted he could re-floor it for her – all he needed was the tools.

After ordering £130 worth of laminate flooring, a jigsaw and saw, the savvy youngster transformed his mum’s room in just two days after previously watching tradesmen complete the job downstairs in the family’s three-bed terrace.

Samantha then added the finishing touches with a lick of spare paint and a £64 roll of wallpaper – bringing the total transformation cost to just under £200- and saving another £200 on labour.

Toby, who's in year eight, dreams of being an engineer when he grows up, and even captured the hearts of Screwfix staff after he then ordered himself a much larger and more dangerous circular saw online. 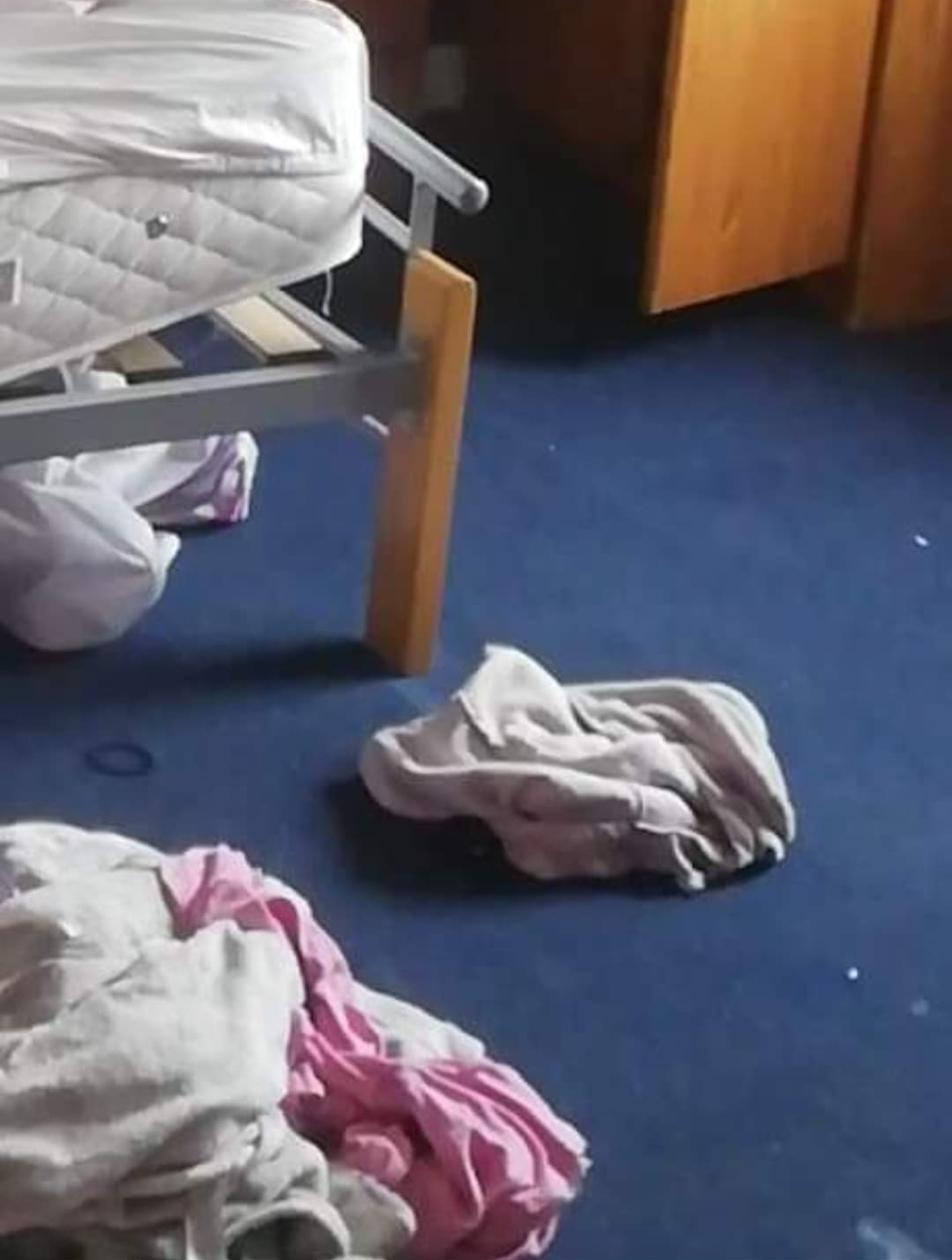 Samantha was forced to quickly request a refund, with the trade retailer replying "we admire his enthusiasm, but this is certainly not for a child!’.

Speaking of the carpet's condition, Samantha said: “When the cat was sick on the carpet it was the end of the life of the carpet – my daughter had already spilt suncream on it and there was no bringing it back.

“It was a horrible carpet anyway so I pulled it up and I was living with just the bare floor.

Samantha said that she was complaining as she was ripping it up saying that it looks terrible and moaning that she wouldn’t be able to get a tradesman in because of the lockdown. 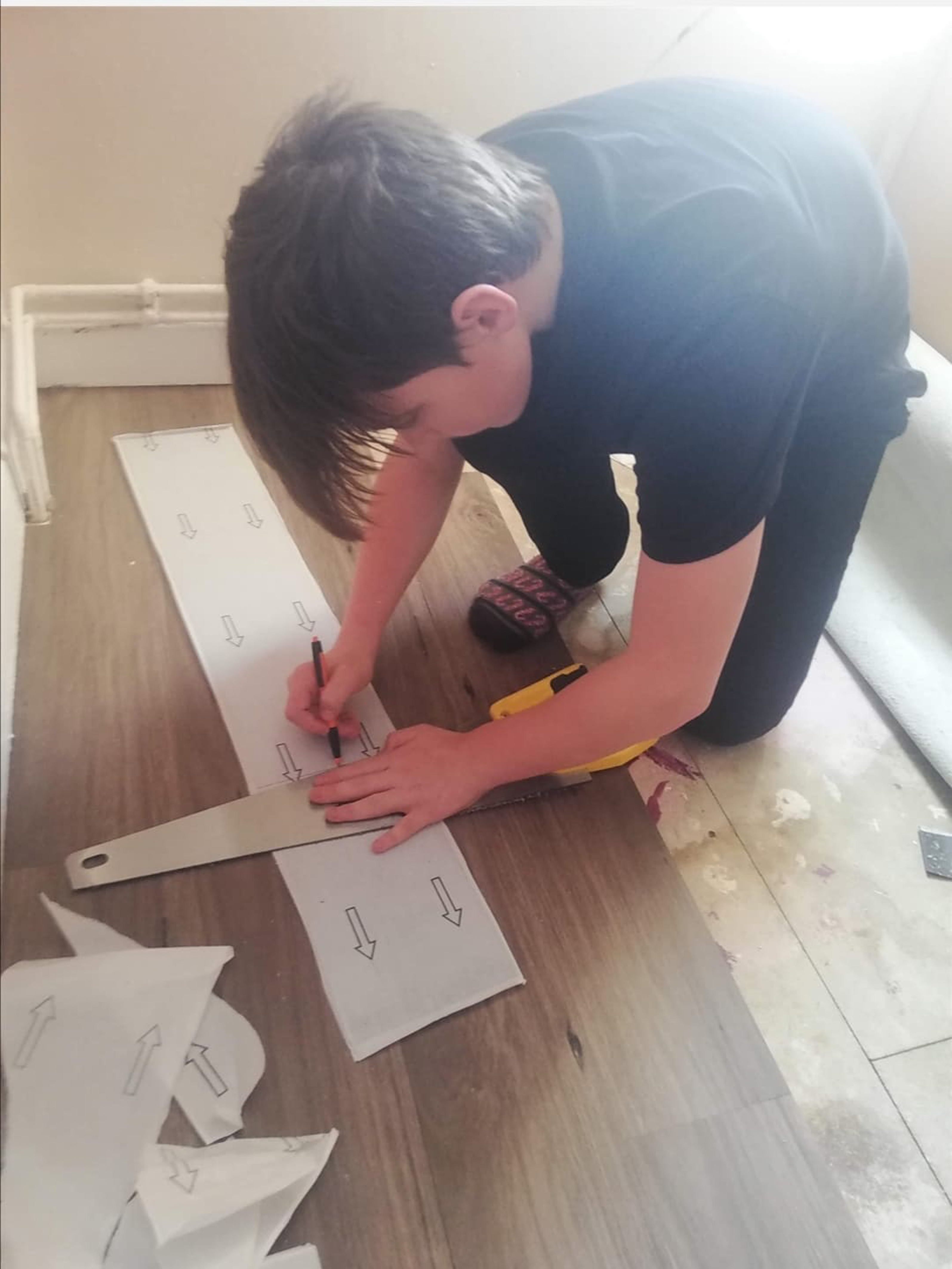 “That’s when Toby said he said he could do it," she said.

“He said ‘it’s easy’ – we had had the downstairs floor done and he said ‘I’ve seen it being done, it’s not that hard, all I need is a saw and a jigsaw’.

“So I chose the flooring and he did the rest.

The proud mum said she couldn’t believe it when she first saw the new look and thought it looked likeprofessional job.

She said: “Some people have said how could you trust your 12-year-old to do that but if he was going to do a really bad job, I would have known straight away.

“I could see within 30 minutes that he was doing such a good job – he had done two rows and they were all perfectly straight.

“I’m just really proud of him. He was only 12 when he did it, it’s not the normal thing you think of a 12-year-old boy doing – most of them wouldn’t even care.

“He is the man of my house, " she continued, "he does mend and fix everything that he can for me.”

The incredible flooring job inspired Toby to also use his new tools to build a duck house for the duck eggs he, his mum and sister Annabelle, three, have been incubating since lockdown began. 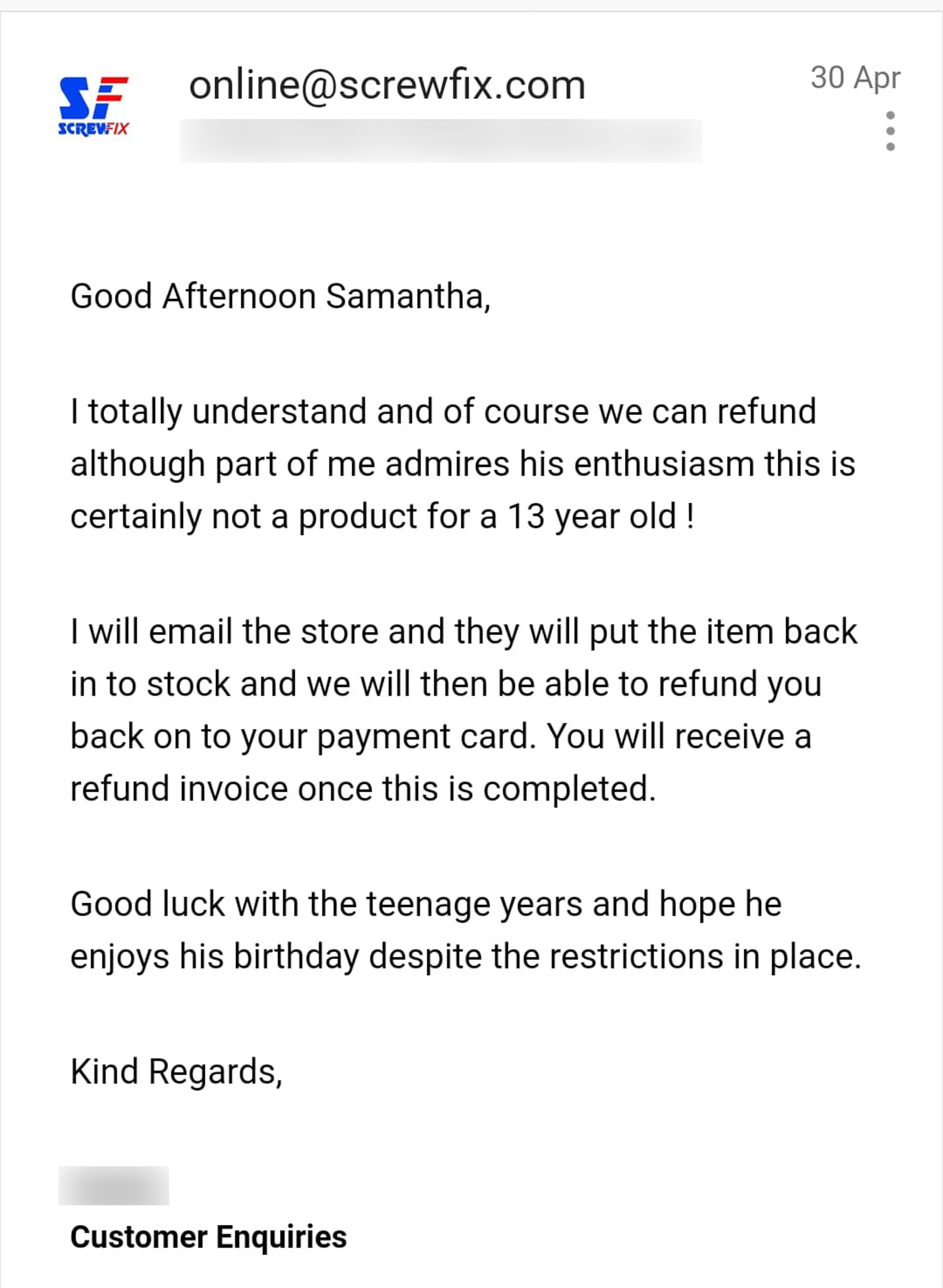 But the trade savvy youngster got slightly ahead of himself on his 13th birthday this month, when he used his birthday money to order a £120 circular saw from Screwfix – leaving Samantha red-faced and requesting a quick refund.

She said: ‘He had his birthday four weeks after doing the floor and I gave him my details to get himself something from Screwfix – he was adamant that he wanted to order tools.

“But when I sent his dad the screenshot confirmation of the email so he knew what he’d got with his birthday money, straightaway I got a call back from his dad saying ‘he can’t get a circular saw’.

“I hadn’t realised how dangerous they were, so I had to email Screwfix to get a refund and explained the situation.

“They replied saying that they admired his enthusiasm but the tool was not appropriate for a child!” 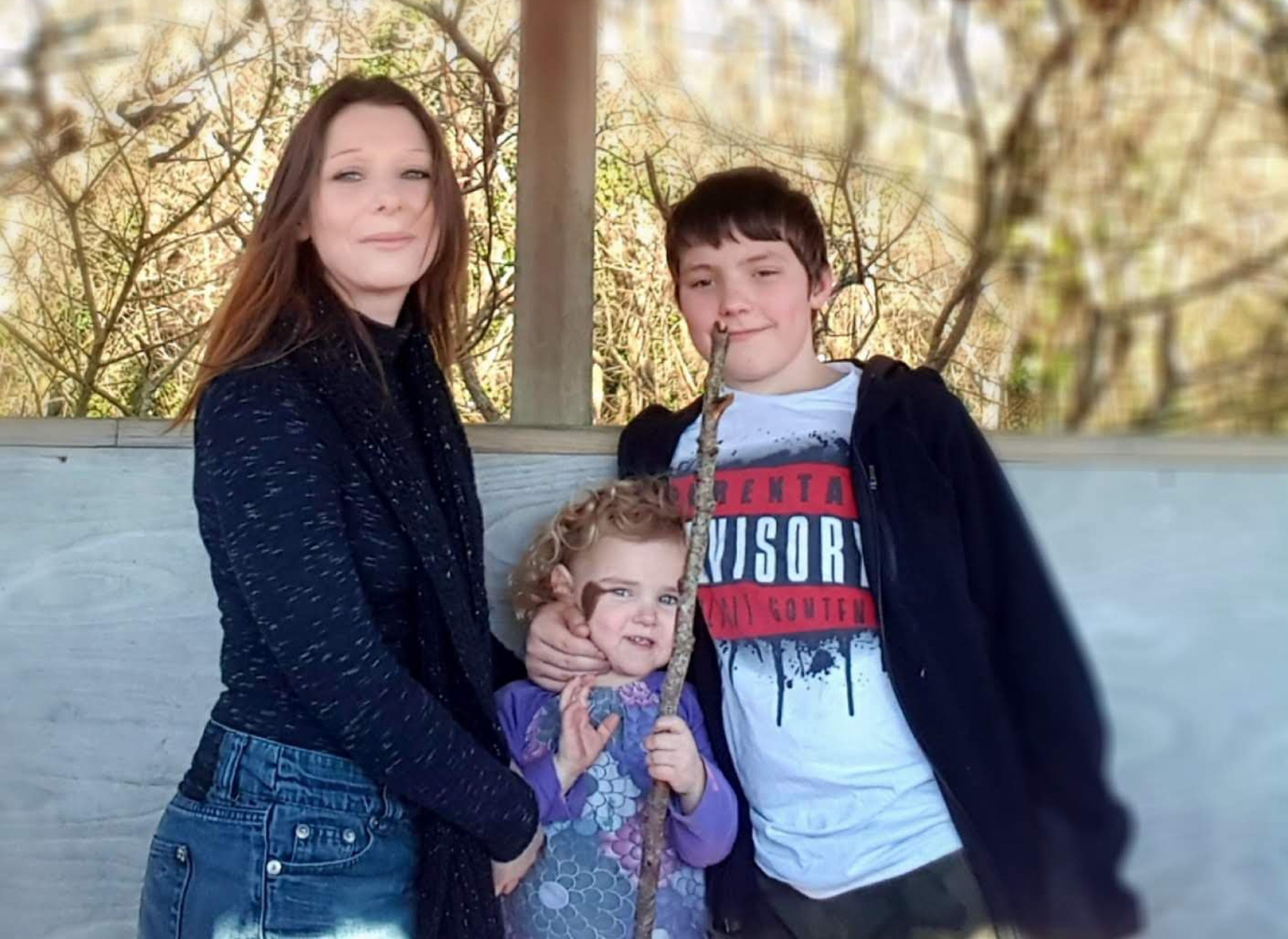 After splitting with Toby’s dad when he was just a toddler, Samantha describes her 13-year-old as ‘the man of the house’.

But bringing up Toby and his little sister on her own meant that Samantha had no time to decorate her own room in the last two years since moving in.

She said: “I moved into the house two years ago and I literally just put a bed in my room.

“I focused on making sure Annabelle and Toby’s rooms were done first.

“This was the first opportunity that I had to do something about it – and everyone says it looks professional.”

In other news, amum shares her genius hack to get her toddler to fold his own clothes and all you need is a cardboard box.

And this mum revealed her clever hack she uses to ensure kids don’t lose parts of board games during lockdown.

Plus, a mum shares a quick and easy hack for folding babygrows & parents can’t believe they never thought of it.